Private Equity Is Starting 2020 With More Cash Than Ever Before

Private equity firms are ready to pounce in 2020, armed with a record level of cash.

Firms led by Blackstone Group Inc. and Carlyle Group LP have amassed almost $1.5 trillion in unspent capital, the highest year-end total on record, according to data compiled by Preqin. While last year saw roughly $450 billion worth of private equity deals, M&A activity this year could be on a scale not seen since the financial crisis.

“We’re entering the year with people feeling much better about the economic and geopolitical outlook than was the case a year ago,” said Jason Thomas, global head of research at private equity giant Carlyle.  Here’s a look at industry figures for 2019, and what they could mean for the next 12 months.

Available capital at the end of 2019 hit a record high 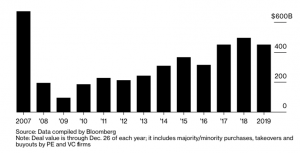 While deal activity was down slightly on 2018, last year’s figures were still strong as firms continued to eye larger targets.

The cash on hand could mean even more dealmaking in 2020, said Dave Tayeh, head of private equity in North America at alternative asset manager Investcorp.

“There are many tailwinds expected to drive healthy deal flow — from increased certainty around Brexit to continued low rates and ongoing technology disruption across sectors,” Tayeh said by email. “But global trade tensions and high valuations will continue to have an impact on M&A.”

While cash assets are at an all-time high, fundraising has ticked down since the 2017 peak. The amount of capital raised by 2019 vintage funds, or those that began investing last year, was about $465 billion, according to data compiled by Bloomberg.

“We’ve been through a peak in fundraising,” said Graham Elton, chairman of Bain & Co.’s private equity business in Europe, the Middle East and Africa. “Those who will suffer are the ones at the wrong end of the performance spectrum.”

The sector has, however, remained popular among institutional and family office investors willing to trade lockups of committed money for as long as 10 years for the potential to earn stock market beating returns.

“From a fundraising perspective, we believe any prospective hesitation among experienced investors will be at least partially offset by the flow of new investors moving into the space — high-net worth individuals and family offices in particular,” said Andres Saenz, who leads EY’s global private equity practice. 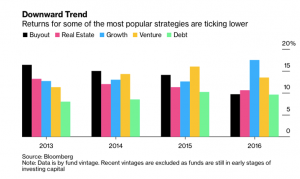 Over the 25 years ended in March, private equity funds returned more than 13% a year on average, compared with about 9% a year for the S&P 500 over the same period.

Firms may find it hard to replicate their past gains, however. The tide of new money has pushed up asset prices at the expense of returns — a pattern that’s occurred across all areas of the market, said Jill Shaw, managing director at Cambridge Associates, which manages funds on behalf of wealthy families and pension, endowment and foundation clients.

The massive stockpile of capital is a concern and may push down investment returns, Bloomberg Intelligence analyst Paul Gulberg wrote in a July note.

Carlyle’s Thomas said that he sees opportunities in oil and gas, which he views as cheap after investors fled the sector over fears for the firms’ environmental credentials. Shaw at Cambridge Associates said there is opportunity in small- and mid-cap companies where “prices are a bit more rational.” 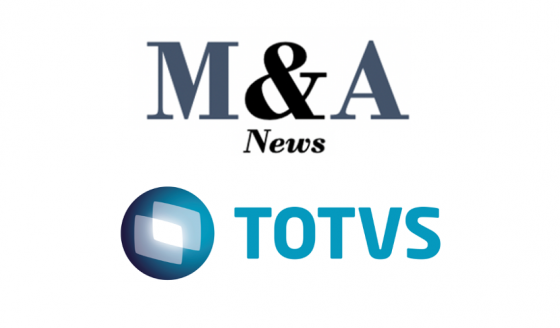 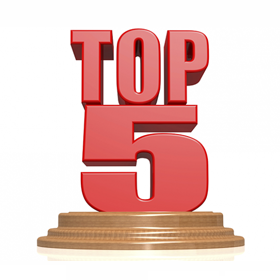 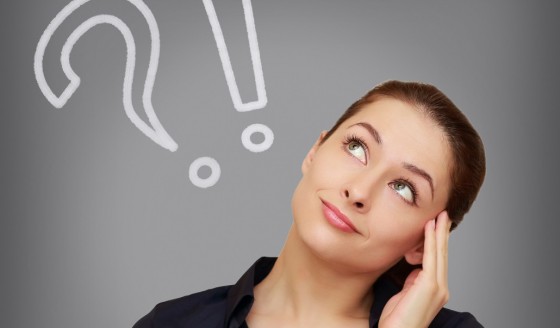 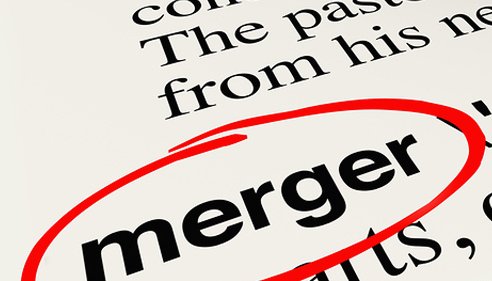